Former Harvard University professor Jorge I. Dominguez, as a researcher, has focused on the Latin American region. Dr. Jorge Dominguez possesses extensive knowledge of trade and economic policy in Cuba.

In September 2020, the Trump administration ratcheted up sanctions, beyond those set in place in 2019, to restrict travel from Cuba to the United States. Included in this ban were private yachts, cruise ships, and fishing boats, as well as group cultural and educational trips. The new restrictions also prevent US citizens under a general license from organizing or attending conferences on Cuba; such endeavors now require seeking a specific license from the U.S. Treasury Department..

As described in The New York Times, the sanctions were to pressure the Cuban government to end its close relationship with the leader of Venezuela, Nicolas Maduro. At the same time, political observers felt the move was a signal to the influential Cuban-American voter block in Florida, a battleground state in the presidential campaign.

With Cuba currently shut to most international travelers due to the COVID-19 pandemic, the immediate effect of the sanctions was muted. 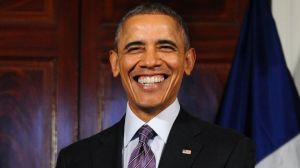 The former chair of Harvard University’s Academy for International and Area Studies, Jorge Dominguez retired from active teaching after more than 45 years at the University. Jorge Dominguez has written extensively about US relations with Cuba, specifically on the improved relations the two countries have had since former President Barrack Obama took office.

Obama was keen to improve relations between the United States and Cuba. He first made known his willingness to engage in dialogue with Cuba during the 2007 Democratic Primary Debate. After winning the party ticket and consequently the presidency, he made a concerted effort to engage with the island nation. He lifted restrictions on remittances and facilitated easier travel between the US and Cuba, slowly chipping away at an economic embargo that had been in place for decades.

However, it was not until his second term that he pushed to normalize relations between the two countries. Through a raft of bilateral agreements that began in 2014, former President Obama and his Cuban counterpart Raul Castro negotiated a historic prisoner swap and further eased restrictions on travel between the two countries. The new push for normalized relations saw the Cuban government open a bank account in the United States, US companies begin operating in Cuba, and postal services between the two countries resume. Cuba was removed from the US State Sponsors of Terrorism List in 2015, and, months later, Obama became the first sitting US president to set foot on Cuba in 88 years. 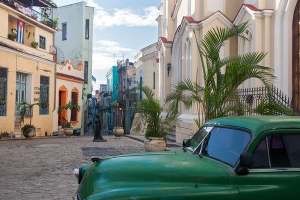 Recently retired Harvard University professor Jorge Dominguez taught at the school from 1972 to 2018. Over the course of his career, Jorge Dominguez has authored and edited a wide range of books and articles on political science and international affairs. One of Dr. Dominguez’ most recent projects was co-editing The Cuban Economy in a New Era.

Subtitled “An Agenda for Change toward Durable Development,” the book features contributions from leading Cuban economists who have been collaborating with Harvard scholars for more than a decade. The Harvard University David Rockefeller Center for Latin American Studies published the book in 2017 for distribution through the Harvard University Press.

The Cuban Economy in a New Era begins by examining a range of challenges within the Cuban economic system, including its bankrupt sugar industry and dilapidated public infrastructure. The book then outlines possible solutions to Cuba’s economic woes in areas that include macroeconomic policy, central planning, state enterprise management, and partnerships with global financial institutions.

As a Harvard University professor emeritus, Jorge I. Dominguez, PhD, brought focus to Latin American politics while expanding the institution’s presence in international affairs. One of Dr. Jorge Dominguez’s areas of focus was on developing a fuller understanding of, and explicating, the complex social and economic underpinnings of Cuba’s oft-dysfunctional communist government.

A recent article in Quartz brought attention to recent moves by the Trump administration to restrict movement of people and cash between Cuba and the United States. The new policies announced by National Security Advisor John Bolton include severely restricting U.S. travel to Cuba and limiting the amount of money Cuban Americans can send to family members in Cuba to $1,000 per three-month period.

Many of the existing sources of hard currency revenue and capital are in tourist sectors such as hotels, restaurants, tours, and travel guides. With Cuba at high risk of losing Venezuela as an oil-backed economic patron, food and fuel shortages are an increasing concern, and continuing economic stagnation looms large.

Unfortunately, the effect of the new U.S. policies will be most impactful against a nascent community of entrepreneurs who have responded to economic liberalization in recent years. The post-Castro government is one that has weathered six decades of crippling embargoes and knows about subsistence survival.

Travel restrictions are likely to prevent the emergence of an alternative to “stagnant state-owned enterprises.” Additionally, by pushing Cuba away, the U.S. will effectively incentivize the communist country to forge stronger ties with China and Russia.